Inauguration of the MAHA Forest Stadium On 16 October the time had come - the MAHA Forest Stadion was officially inaugurated, thus confirming MAHA's local support for mass and youth sports. Since 01.04.2020, the local football club Haldenwang has been supported by MAHA and this will continue for the next few years. All eleven teams were equipped with new jerseys and tracksuits. In addition, the local football pitch was officially renamed the "MAHA Waldstadion" which means translated MAHA Forest Stadion by the Bavarian Football Association. A new, modern radio and solar powered scoreboard was also sponsored by MAHA.

Haldenwang, 16 October 2021. With the start of the festivities at 2 p.m., the Haldenwang senoir team played against Waltenhofen and thus opened the football afternoon. As this game was a friendly match, victory was a matter of honour. The hosts were able to claim the victory. They won with 2:0 goals against the guests.

After the successful match, the "MAHA Waldstadion" was officially inaugurated. For this purpose, the first teams from Haldenwang and Untrasried marched hand in hand onto the pitch with their player escort children, accompanied by music, and then positioned themselves in a line. The bambinos could hold the ten-metre-long red ribbon, which was ceremoniously cut by the football department head of “TV Haldenwang”, Klaus Wanner, and MAHA managing director, Stefan Fuchs, with a large pair of scissors under a shower of golden glitter.

Beforehand, the speakers emphasised the importance of the cooperation between “TV Haldenwang” and the local employer MAHA. "Based on the idea of the foundation, we are pleased to be able to support the local association here on site and also to take this opportunity to address potential junior staff as future employees at MAHA," said Stefan Fuchs. Anton Klotz, in his functions as former district administrator, long-time mayor of Haldenwang and Chairman of the board of trustees of the non-profit Rauch Family Foundation, emphasised the always pleasant cooperation and the importance of supporting local associations. The honorary chairman of the “TV Haldenwang”, Siegfried Limberger, was also very pleased about this meeting. The three incumbent mayors of Haldenwang also found only positive words for MAHA's support of the football club. Klaus Wanner, acting head of the Haldenwang football club, wished everyone a successful game, lots of fun and good entertainment.

After the ceremony, the referee blew his whistle again for the match. This time the two first teams from Haldenwang and Untrasried had a duel, which the hosts could not win this time. Despite the defeat, the mood of the players and spectators was in no way dampened. The physical well-being was well provided for and the appropriate music contributed to a successful joint celebration. 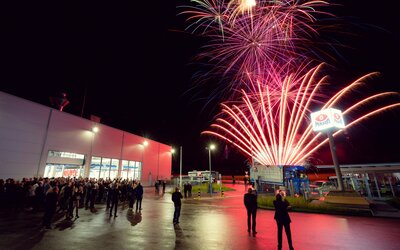 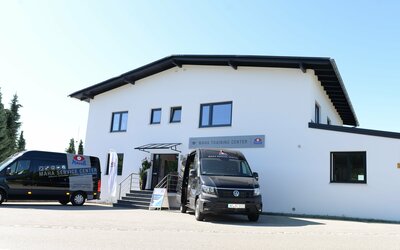 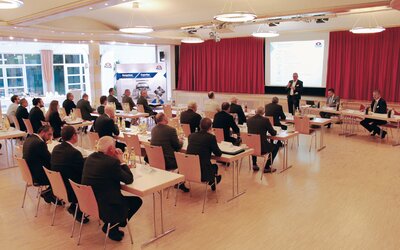